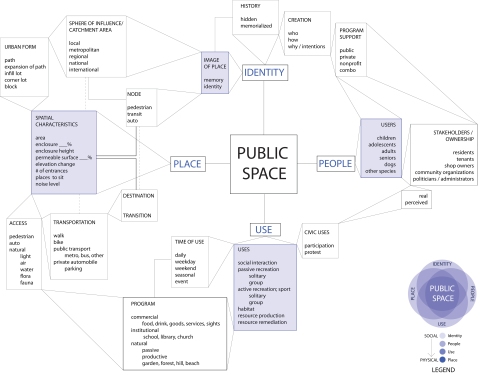 The description of this project first appeared in a post on Engaging Cities.

Public space (read: social, civic, democratic) is not easy to grasp, create or sustain. It is eternally becoming as it changes with social flows and physical interventions.  Participation is a similarly slippery term, especially since it has become diluted and misused. In many ways, you cannot have public space without participation. The architect Richard Rogers has noted that “the only way forward, if we are going to improve the quality of the environment, is to get everybody involved.” While everyone from developers to political parties pay lip service to participation only to further personal goals, I have been lucky to join a sincere endeavor in public participation with all its complexities, paradoxes and opportunities for inclusive approaches to city building.

I currently work in Barcelona with a local faction of Arquitectos Sin Fronteras called Raons Públiques – an interdisciplinary group concerned with the urban environment in general, and participation and public space in particular. After winning an initial municipal competition, the group has embarked on a multifaceted exploration consisting of research, interviews and public activities, with the goal of engaging people to participate in the ongoing creation of their built environment. And so it is time to introduce El Carrito:

A mobile participation cart on wheels, El Carrito is a portable station for community involvement. El Carrito (The Cart) establishes a space for public participation in public space. It is constructed of found objects, such as a discarded tripod stand and translucent plastic panels allowing for nighttime illumination.  On the go, it is discrete, but once in position in the public place du jour, El Carrito opens its wings to reveal a writing surface for adults and a writing surface for children, at mid-height.
Their area of focus is Fort Pienc, a neighborhood close to the center of Barcelona. The purpose of participation is to give people a chance to be part of the changes in their living environment. The people who stop to participate at El Carrito all seem genuinely interested to communicate their experiences and knowledge of the neighborhood. Often, spontaneous conversations result:

For us, the creation of a methodology of analyzing public space and engaging residents to participate has provided invaluable lessons that can also be used as foundations for processes of engagement in other neighborhoods. In addition, we find that one of the most important contributions has been the creation of relationships between us, the members of Raons Publiques, people in the neighborhood and spaces. Mnay relationships have been quite unexpected, like the enthusiasm exhibited by children who play our “Neighborhood Detective” game consisting of interviewing people in public space, and then posing for their official photo with their badge: 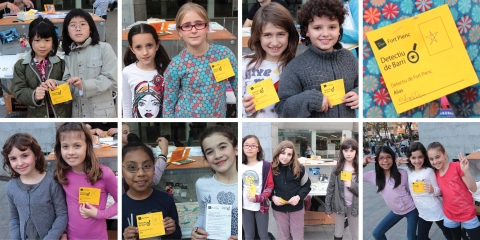 Now, the important task is to keep these relationships from dissipating once Raons Publiques’ investigation ends; how can we catalyze an ongoing process of public participation about public space, rather than only engendering a singular intervention for a finite project? 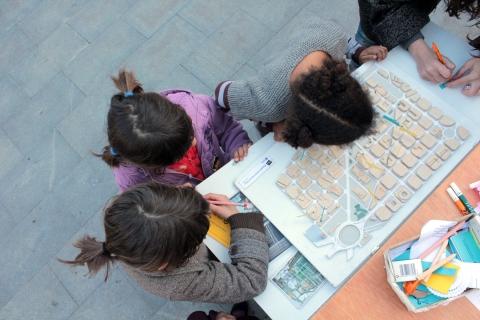 And so, the next phase of the project seeks to create an online platform for dialogue for neighborhood residents about the improvement of their public spaces; eventually, residents can assume control over their own participatory process. This virtual space for interaction will parallel our face-to-face interventions, and hopefully continue after our “real” presence in the neighborhood recedes.